UPDATE: The Bibb County Sheriff’s Office posted a video of the surveillance footage of the incident.

MACON, Georgia (41NBC/WMGT) — Five masked suspects are wanted in connection to a commercial burglary at Powell’s Pharmacy on Bloomfield Road.

According to the Bibb County Sheriff’s Office, the incident took place on Wednesday, February 9th, around 5:30 a.m. It’s reported that 5 suspects broke out a glass door and entered the pharmacy, ran through the store, and unsuccessfully attempted to enter the secured medicine area. The individuals stole a cash register with an undisclosed amount of cash, and fled the store in a silver Ford Edge, which was missing a tag at the time of the incident.

Photos of the suspects and the vehicle can be seen here: 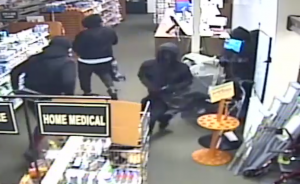 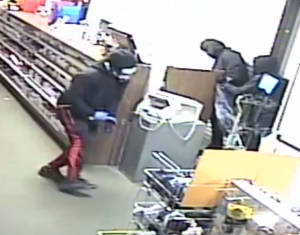 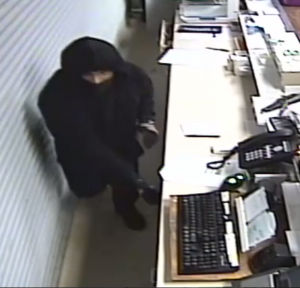 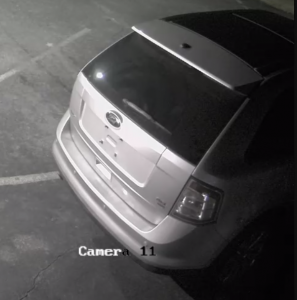