MACON, Georgia (41NBC/WMGT)- One woman is dead and seven others are injured following a drive-by shooting and two stabbings.

The incident happened outside Thirsty Turtle nightclub just before 3:00 in the morning, hours after the Thanksgiving holiday.

Deputies say someone drove along Cherry Street and began firing at people standing outside of the nightclub after a fight occurred inside. 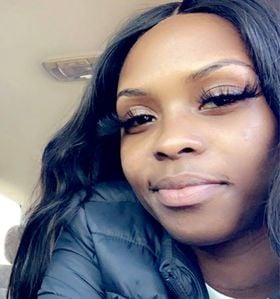 According to the Bibb County Sheriff’s Office, 22-year-old Jhacaya Mann, of Macon, was injured in the shooting and later died at the hospital. A second shooting victim, 30-year-old Briana Braddy, of Macon, remains in critical condition after undergoing surgery at Medical Center Navicent Health.

A sheriff’s office news release explains all other victims related to the shooting are in stable condition with non-life threatening injuries. They include the following:

Additionally, deputies say two stabbing victims are in stable condition with non-life-threatening injuries. They include 24-year-old Brandon Johnson and 29-year-old Durand Faulk , both of Macon.

Bibb County Coroner Leon Jones says Mann’s death makes the eighth homicide in the month of November. He says he has “never seen this before in his career.”

The Bibb County Sheriff’s Office does not have a description of the suspect at this time.

The incident is actively under investigation. If you have any information, call the Bibb County Sheriff’s Office at (478)751-750 or the Macon Regional Crimestoppers at 1-877-68CRIME.