On Monday night around 7:30, the Monroe County Drug Unit and the Monroe County SERT team executed a search warrant at a home on Boxankle Road. During the search, about nine grams of methamphetamine was seized, as well as multiple scales and baggies used for the sale of meth. Multiple devices used for smoking meth and marijuana were also seized.

Stephanie Chapman, Paul Dewberry, Andrew Campbell, and Jessica Mills were arrested and charged with distribution of meth. Mills is also charged with cruelty to children in the third degree, because meth and drug paraphernalia was found in her bedroom where her baby sleeps. The baby was present during the search warrant. 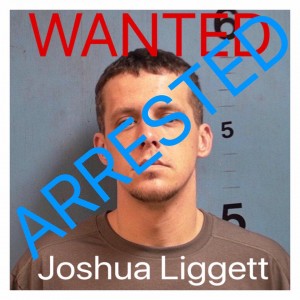 Joshua Paul Liggett ran out the back door and was able to escape. However, he has been caught and charged with distribution of meth, because he lives at the home and was there with the meth until he ran off.

The Monroe County CARE Cottage worked with DEFACS to get the baby placed with someone until further arrangements can be made.