Interim Fire Chief Shane Edwards says crews responded to the scene around 10:15pm after someone called 911 to report flames coming from the roof of the Tic Toc Room. Firefighters reported a wooden deck on the roof of the business was on fire.

Crews had to evacuate nearby lofts and shutdown a portion of MLK Jr. Blvd. from Poplar Street to Cherry Street to fight the flames. Chief Edwards says a team of firefighters also helped to evacuate pets from the lofts.

Crews were able to get the fire under control and prevent flames from spreading to other downtown buildings. Chief Edwards says the Tic Toc Room saw significant water damage. One vacant loft apartment also saw water damage due to a sprinkler system. Edwards reports no structural damage or injuries.

According to Chief Edwards, the fire appears to be accidental, but the cause of the fire is under investigation. 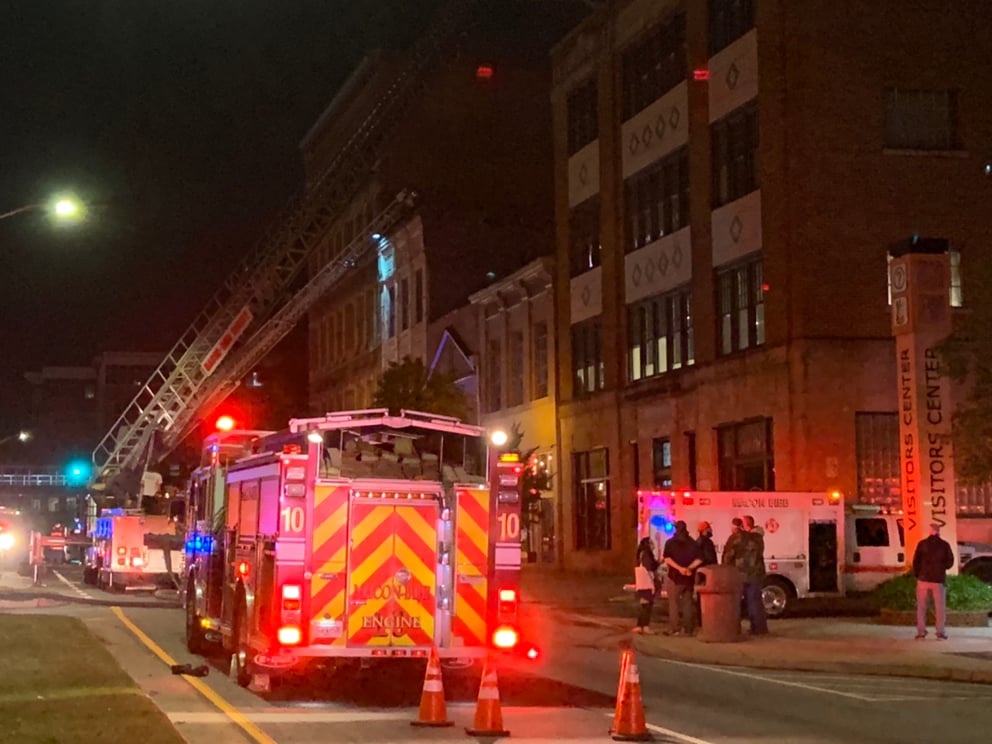