ATLANTA, Georgia (41NBC/WMGT) – The FBI wants you to be on the lookout for a murder suspect from New Jersey who may be in Metro Atlanta.

Authorities say 48-year-old Dennis Cunningham left the state after being charged with murder in the death of Dino Bermudez.

The 34-year-old was found suffering from gunshot wounds on the front porch of a home back in May. He later died at a hospital. 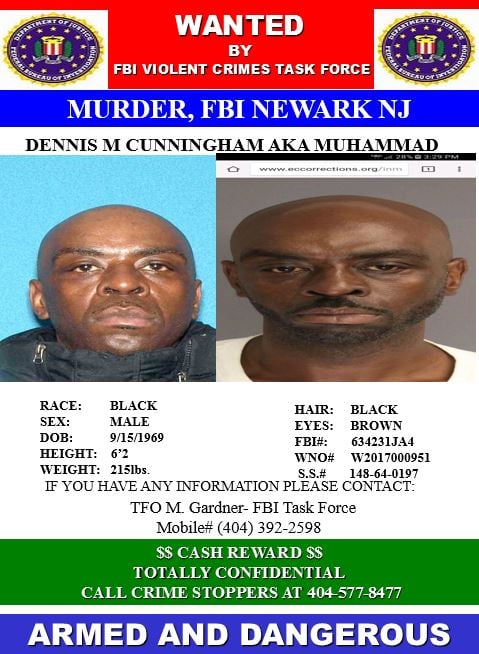