Today, he made a gigantic step in both his academic and basketball career. Jackson signed a full scholarship to play at Wichita State University, after receiving over 20 Division I offers. 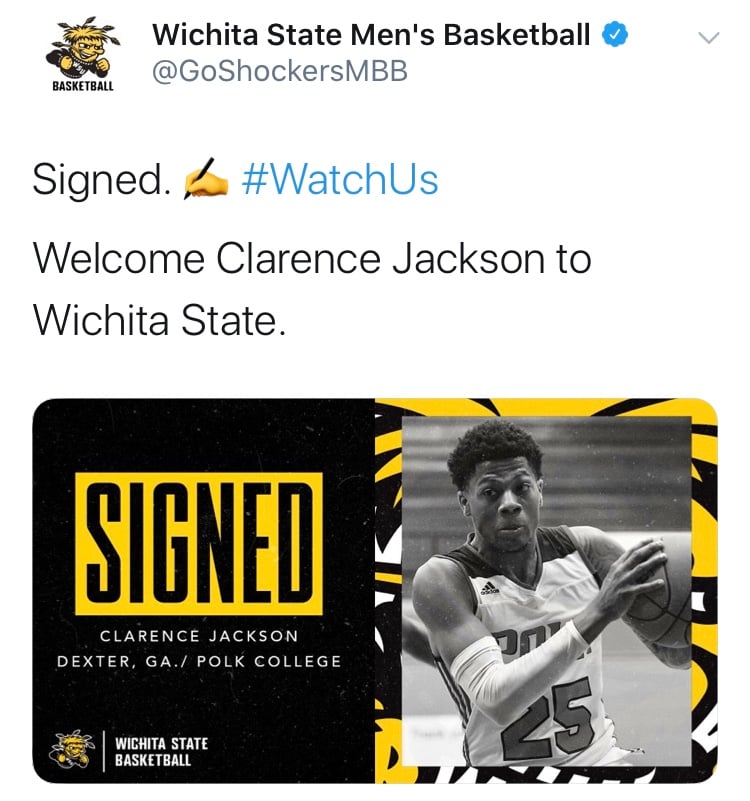 Clarence averaged 14 points and nine rebounds in one season with the Eagles. He shot over 50 percent from the field.

Here’s Clarence on why he chose to sign with Wichita State.

“The winning culture they have. How they develop their players. I know if I go there I can pretty much fulfill my dream of playing professional basketball, if I choose to. If I work hard enough.”

In high school, Clarence led Wilkinson County to back-to-back state titles as a sophomore and junior before transferring to Dublin for his senior year.

Recently, his uncle passed away from COVID-19. Clarence says he’s dedicating the rest of his career to him.

“I had tournaments in Las Vegas, California, Texas, Florida. Everywhere. I mean, he was there. If I knew my parents were coming to the game. I knew he was coming too. He was going to be there right beside them. And pretty much, with anything I wanted to do in life, that man supported me.”