DUBLIN, Georgia (41NBC/WMGT) — The Georgia Bureau of Investigation is reporting the arrest of a man charged with murder, child cruelty, and aggravated assault from Dublin.

According to the GBI’s release concerning the arrest, the Dublin Police Department responded to a call at an apartment at River View Drive related to a shooting– at around 1:18 p.m. on Wednesday, April 6th. When police arrived at the scene, they found 31 year-old Zachary Scott Jr. unresponsive outside of the apartment; he was later taken to Fairview Park Hospital where he died from his injuries.

Investigation revealed that 22 year-old De’Andrian Coady and Scott had gotten into an argument that turned physical, which led to Scott being shot.

De’Andrian Coady was arrested at his residence for one count of murder, 4 counts of aggravated assault, and 3 counts of cruelty to children in the first degree.

The investigation is still ongoing, anyone with information concerning this incident is urged to call the GBI’s regional investigative office in Eastman at 478-374-6988 or the Dublin Police Department at 478-277-5023. Anonymous tips can also be submitted by calling 1-800-597-TIPS(8477), online at https://gbi.georgia.gov/submit-tips-online, or by downloading the See Something, Send Something mobile app. 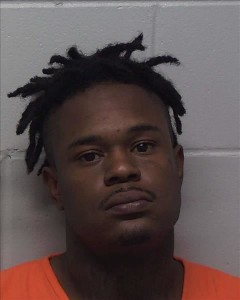