A Special Award of Recognition was also given to Runner-Up Patrice Drains. She received a $1,000 scholarship and plans to major in Nursing at Florida A&M this fall.

The HBCU Arts Series Committee says the winner of the $5,000 scholarship was selected based on academic achievement, an essay on Black American artistic impact on the cultural arts and history, and leadership and participation in community engagement and school activities.

The scholarship launched February 17, 2022, on Charles H. Douglass’ birthday. Douglass is the Black American businessman who founded the Douglass Theatre. 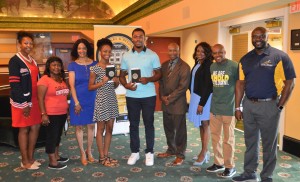