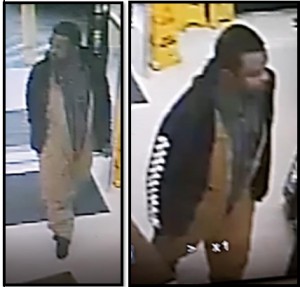 Deputies say the man was caught shoplifting from a Dollar General store. The incident happened at the Houston Avenue location around 8 a.m. Saturday.

Deputies say the man was driving a stolen black 2005 Chevrolet Avalanche. They say he stole the truck around 7 a.m. Wednesday.

Deputies describe the suspect as a black male possibly in his 30s. He was wearing a grey hoodie. They say the truck was stolen from Little Lambs Daycare-Learning Center, locaed at 3248 Napier Avenue.

They say they recovered the stolen truck in the 2300 block of Monroe Avenue around 10 a.m. Saturday, shortly after the theft at Dollar General.

Call Captain George Meadows at (478) 747-3278 or email him at gmeadows@maconbibb.us if you have any additional information.

You can also call Macon Regional Crimestoppers at 1-877-68-CRIME.