Macon, Georgia. (41NBC/WMGT) – Middle Georgia is rich in history, and part of that history includes theatrical arts. The current location of the Grand Opera House was initially occupied by the Academy of Music beginning in 1884. While it was seen as a hit at the time, in less than twenty years the building was torn down and a seven story tall building with a theater on the ground floor was built. 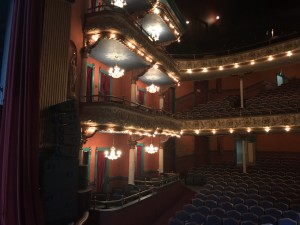 The early 1900’s saw a revitalization of the area with what is now The Grand, and at the time of its opening it was one of the largest theaters not only in the south, but across the entire country.

While the theater has had plenty of success over the years, that was not always the case. There were times when many people thought the theater would have to be shut down. In the mid 1960’s it looked as if the Grand was going to be torn down and turned into a parking lot like some of the surrounding businesses. Theaters were being torn down left and right across the country, but that trend was not going to happen in Macon. In April of 1967 the Macon Arts Council was founded and saved the historical site. 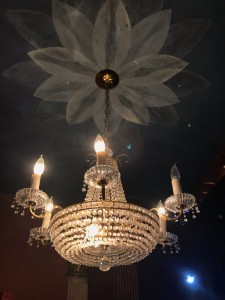 Unfortunately, another blow came in the 1990’s when many thought the Grand was on its last leg once again. That is when Mercer university stepped in and took over management in 1995 and has brought the theater into the 21st century.

The likes of the Allman Brothers, Harry Houdini and his nine trap doors, and many more have performed at the Grand, and with recent additions to the venue more people will be able to see shows there in the the future.