MACON, Georgia (41NBC/WMGT) – Mercer women’s basketball team has added a big-time commit from the class of 2021.

Erin Houpt, a junior out of Danville High School in Danville, Illinois, committed to Mercer. She announced her commitment on Twitter. 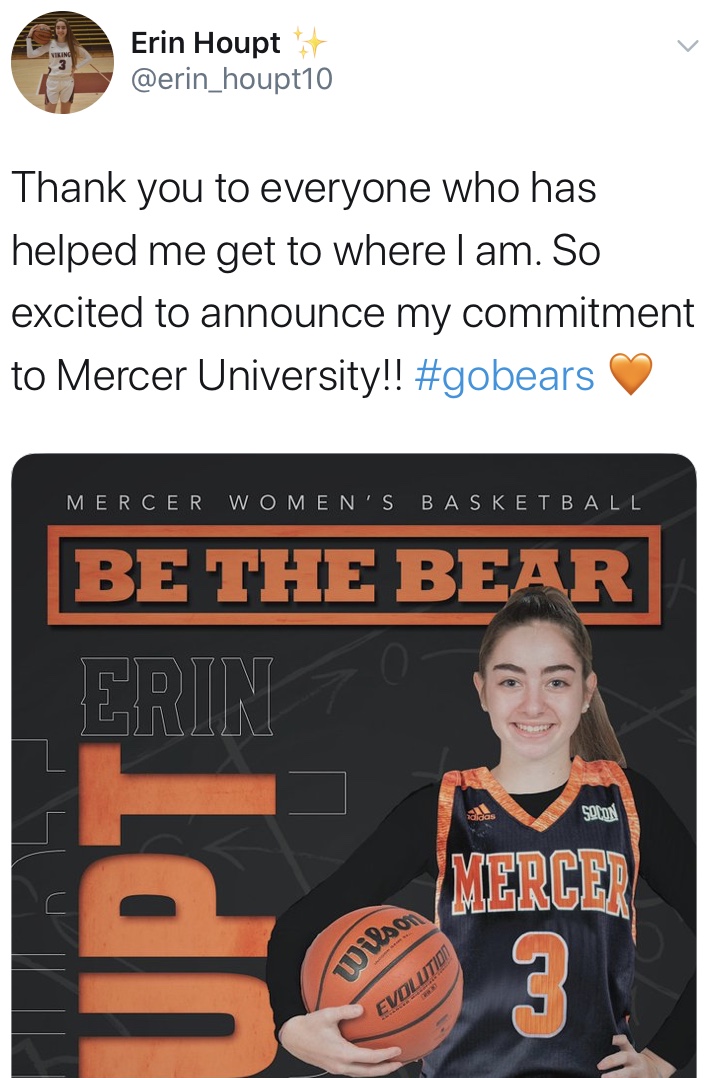 Houpt averaged 24.3 points, 5.7 rebounds, three steals and nearly three assists per game her junior year. She was named Big 12 Player of the Year and made the AP’s All-State Second Team.

Houpt is Danville High School’s all-time leading scorer. She dropped 48 points in one game, which is a school record.

Here’s Houpt on why she decided to commit to Mercer:

“I’ve been talking to their coaching staff a lot the last couple of weeks, and they’re just really great people, and they have a winning history at Mercer. And, yeah, it just seems like a great place for me.”

Houpt also says she simply wants to continue to grow as a player before heading to Mercer.

“I just really want to improve as a point guard. Coach said she used to be a point guard at Mercer, and I just can’t wait to learn from her and improve.”