UPDATE: The driver of the Silverado has been identified as 41 year-old Jenna Beth Scheidegger of Dawsonville, Georgia. Scheidegger was uninjured by the crash, and is now being held at the Bibb County Sheriff’s Office without bond for several charges, including serious injury by Motor Vehicle, Motor/Traffic Offense, Driving under the Influence, and willful obstruction of Law Enforcement Officers. 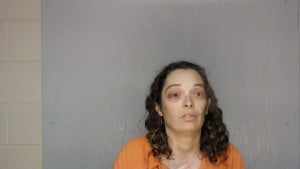 The driver of the Malibu, who is in critical condition at the hospital, has been identified as 41 year-old John Jones of Macon.

Anyone with more information about the crash is asked to call the Bibb County Sheriff’s Office at 478-751-7500 or Macon Regional Crime Stoppers at 1-800-68CRIME.

MACON, Georgia (41NBC/WMGT) — A crash on Interstate 16 Monday afternoon has led to an investigation after a driver was sent to the hospital with serious injuries.

According to the release from the Bibb County Sheriff’s Office, a 2002 Chevrolet Silverado got onto I-16, and headed in the wrong direction from the Spring Street exit ramp. The driver of the Silverado started to travel the wrong way in the eastbound lane, and collided with a 2005 Chevrolet Malibu that was headed east.

I-16 east was closed while authorities looked on scene for clues in the investigation, but was reopened around 3:30 p.m. the same day.

Charges are pending as the investigation continues.