MACON, Georgia (41NBC/WMGT) – No one wants to hear a cancer diagnosis, especially not for their three-year-old child. That’s the situation for 41NBC Managing Editor/Producer Clay Poulnott and his family in Monroe County.

Just weeks before his fourth birthday, his son Colton was diagnosed with lymphoblastic lymphoma in early March. Lymphoblastic lymphoma is one of the most common forms of childhood cancer, affecting the cells of the immune system with the ability to spread throughout the body. This form of cancer typically affects older kids or teens, and boys more so than girls. Cancers studies show it is not hereditary, and it is not linked to something environmental.

“I prayed a lot,” said Clay Poulnott. “He gave me a lot of comfort, a lot of peace.”

Clay and his wife Rachel were first concerned about Colton’s breathing. They say doctors treated Colton for an upper respiratory infection. But when the steroids wore off, he still struggled to breathe. X-rays and CT scans later showed a large mass near Colton’s throat, nearly crushing his airways.

Doctors rushed Colton by ambulance to Children’s Healthcare of Atlanta, Egleston Hospital. He was placed in the Intensive Care Unit on Monday. By Wednesday he was placed on oxygen to help him breath.

“If we didn’t do anything for whatever reason or they took longer at the hospital, I don’t know if he would have lived another two days,” said Clay.

Dr. Frank Keller treats Colton at Egleston. He says four to five out of 100,000 U.S. children will get lymphoblastic lymphoma. It’s unknown what causes it, and it usually appears as a mass most likely in the chest area. Symptoms include a cough or shortness of breath. But it’s sometimes passed off as asthma.

“It is probably a good idea to do a chest X-ray to make sure it’s something other than asthma, because this is something that is easily visible on a chest X-ray,” said Dr. Keller. “As it gets bigger it can create more and more of a life-threatening situation, because those are important structures like your breathing tubes, your heart and blood vessels.”

After five days in ICU, Colton moved to the cancer floor of the hospital, and Rachel shared the news on social media. That’s when more friends and family joined their cancer fight in an effort to help the family and spread awareness about childhood cancer.

“When I saw that post, just being a mom myself, I broke down in tears,” said family friend and neighbor Maria Allen. “I want to do for them what I hope others would do for me.”

Allen coordinated fundraisers with local restaurants and collected gift cards and donations. Long-time family friend Katie Bradberry got creative too. She helped design “Colton Strong” rubber bracelets, car decals and T-shirts. She says the items have raised more than $3,000 to help the family with medical bills and other costs. Each item displays the words “Colton Strong,” the childhood cancer ribbon and a tank.

After 17 days in the hospital, Colton was released two days before his birthday. The family headed home, and they were greeted with unexpected love and support.

“People you don’t even know and probably will never know — will never meet — just willing to help out in any way that they can,” said Clay. “It makes the hair on my arms stand up.”

Businesses brought food. A “Colton Strong Go Fund Me Page” pulled in more than $12,000. Front lawns were covered with “Colton Strong” signs. And the Mary Persons High School football team even stopped by to give Colton a helmet as a gift.

Clay says his son’s battle with cancer is far from over. He tells his son there’s a ball in his throat, and he needs to take his medicine to get it out. Colton will undergo two years of treatment. And his second, more intense, round of chemo starts next week.

For more ways to help the Poulnott family, find KT Deanna on Facebook to order T-shirts, bracelets and car decals. You can also visit the Colton Strong Go Fund Me Page. 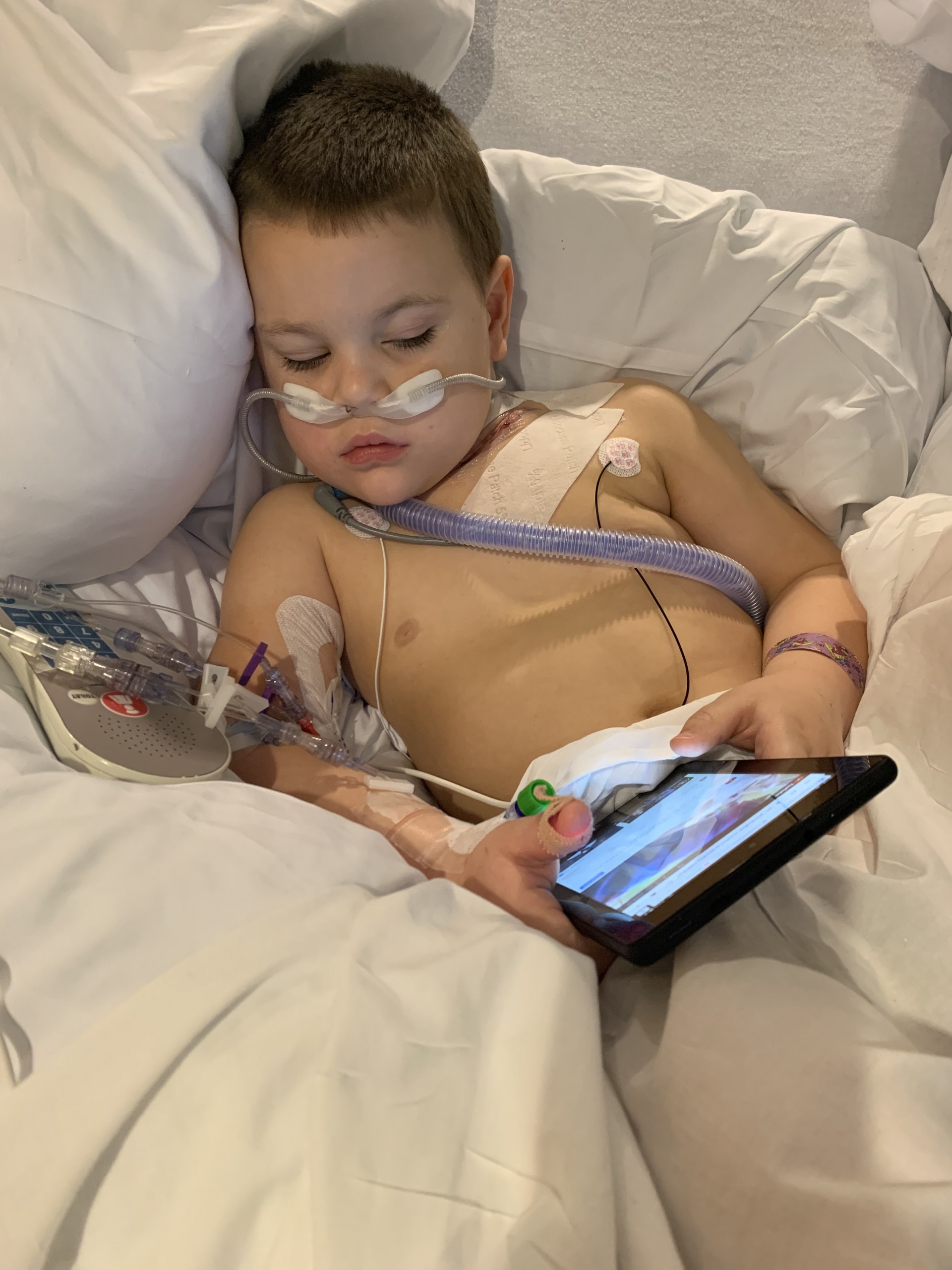 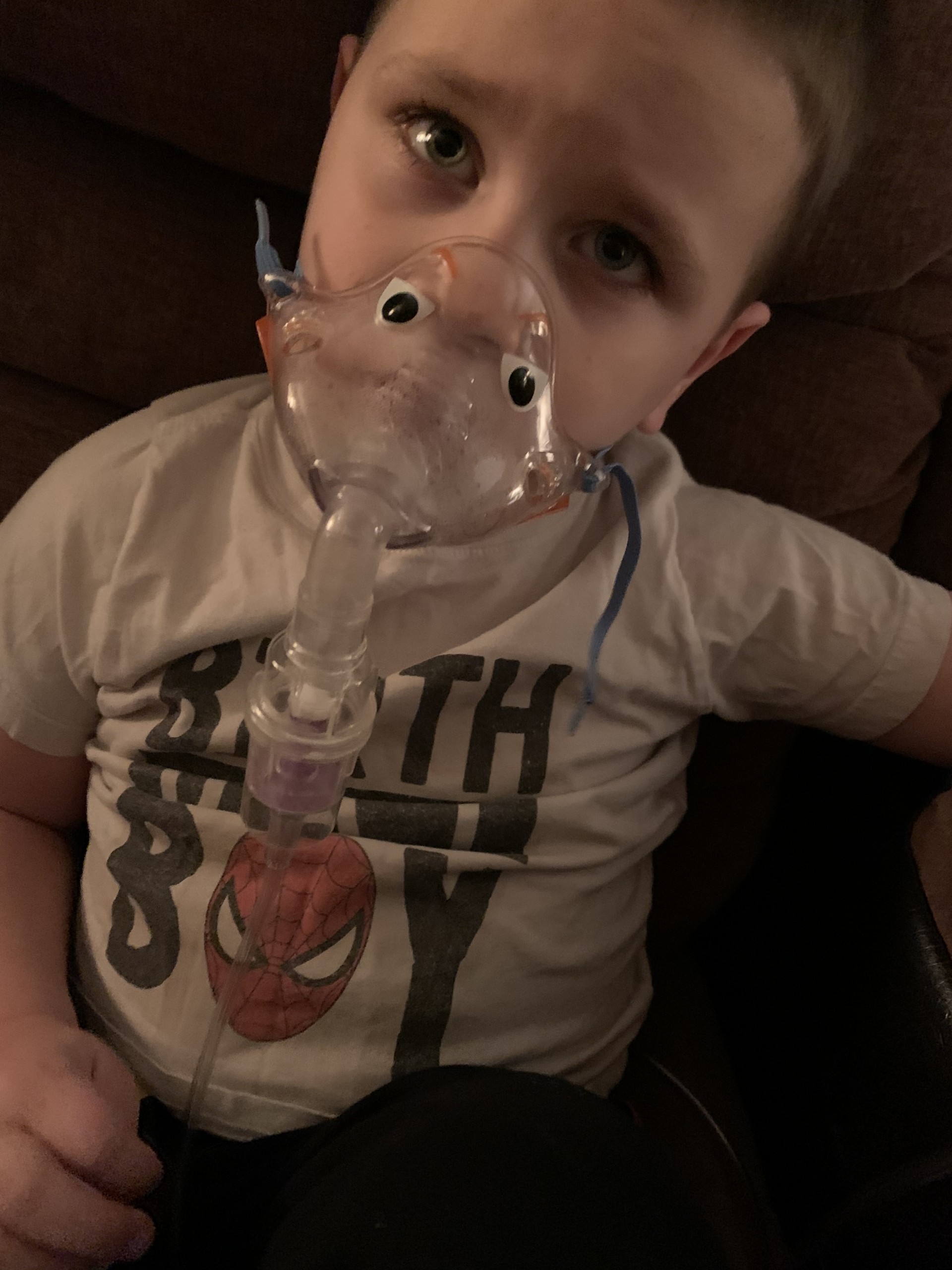 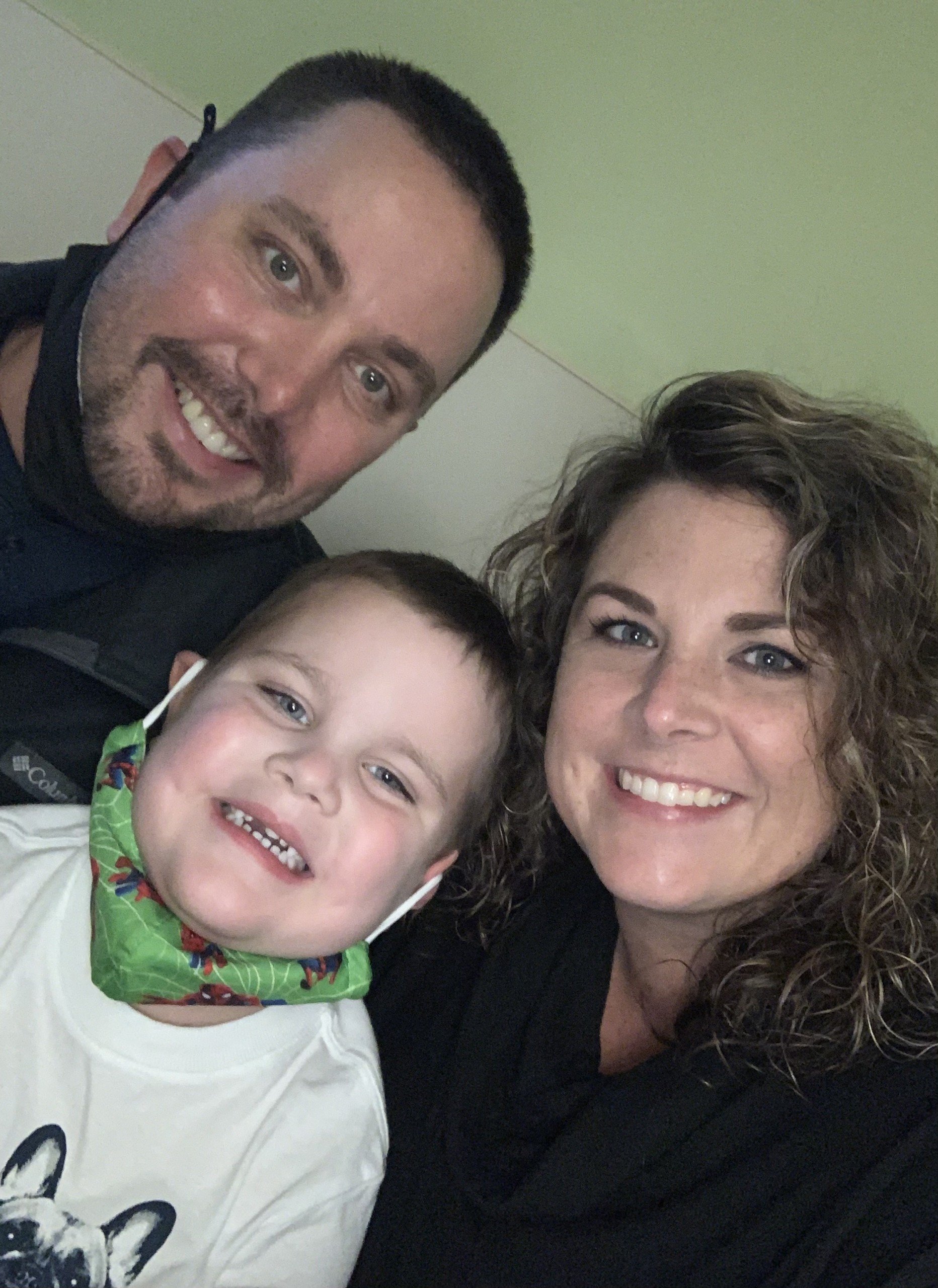