Samantha Thornell says that people can expect to be dressed like important figures in African American history.

“We’re showing African American history ranging from 1619 slavery to 2008 Barack Obama. We’ll be covering everything for the Civil Rights Movement to notable African-Americans who contributed to history,” Thornell said.

There will also be a block party. Closing the Gap will lead the parade, but those who want to join can still register by calling (478) 239-0284.

The parade begins at South Young Avenue in Warner Robins and ends Ignico Drive. The block party will be on Vicki Lynn Drive.

Thornell says that Closing the Gap invites everyone.

This is the Parade Route 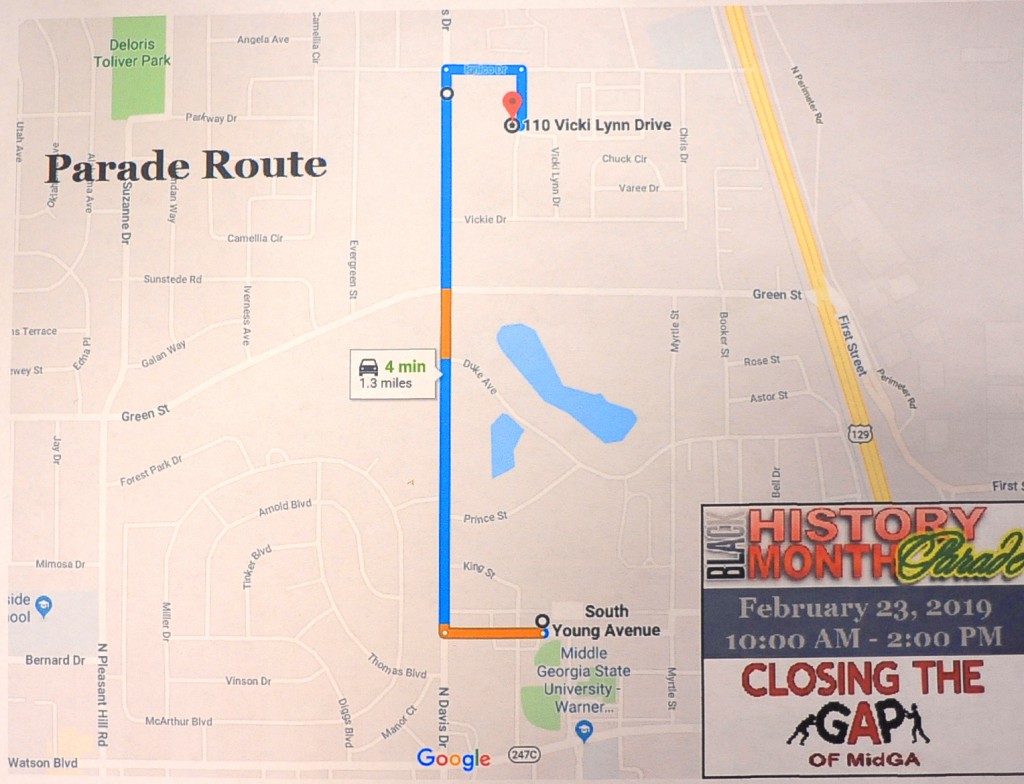