52-year-old Kevin Lloyd Hall walked into the restaurant just before 2 o'clock, ordered food and then left a book bag behind. 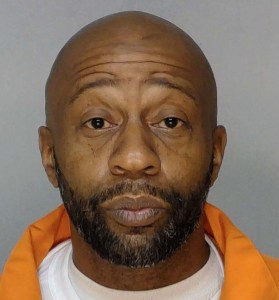 They say 52-year-old Kevin Lloyd Hall walked into the restaurant just before 2 o’clock, ordered food and then left a book bag behind. Hall then went to a store nearby and told the clerk there might be a bomb in Panera Bread.

The Bibb County Sheriff’s Office Bomb Disposal Unit was called to the scene to check the building. After no explosive devices were found, they determined it was safe and everyone was allowed to re-enter the building just after 4:30 p.m.

Hall is charged with Terroristic Threats.

UPDATE: 41NBC’s reporter on the scene says that the Bomb Squad appeared on scene and geared up. Sgt. Clay Williams says authorities sent in robots to check the bag, but they found that there was nothing of note in the bag.

MACON, Georgia (41NBC/WMGT) — A news tip came into 41NBC on Wednesday concerning multiple Bibb County Sheriff’s Office vehicles headed to Tom Hill Sr. Blvd with sirens and lights on, the BCSO says that they were headed to the area due to a suspicious object being dropped off in the area.

According to the BCSO, an individual dropped off a bag in front of the Panera Bread and ran from the area. Deputies and bomb techs are investigating the scene to make sure it’s safe.

More information to come, stay with 41NBC for more updates.