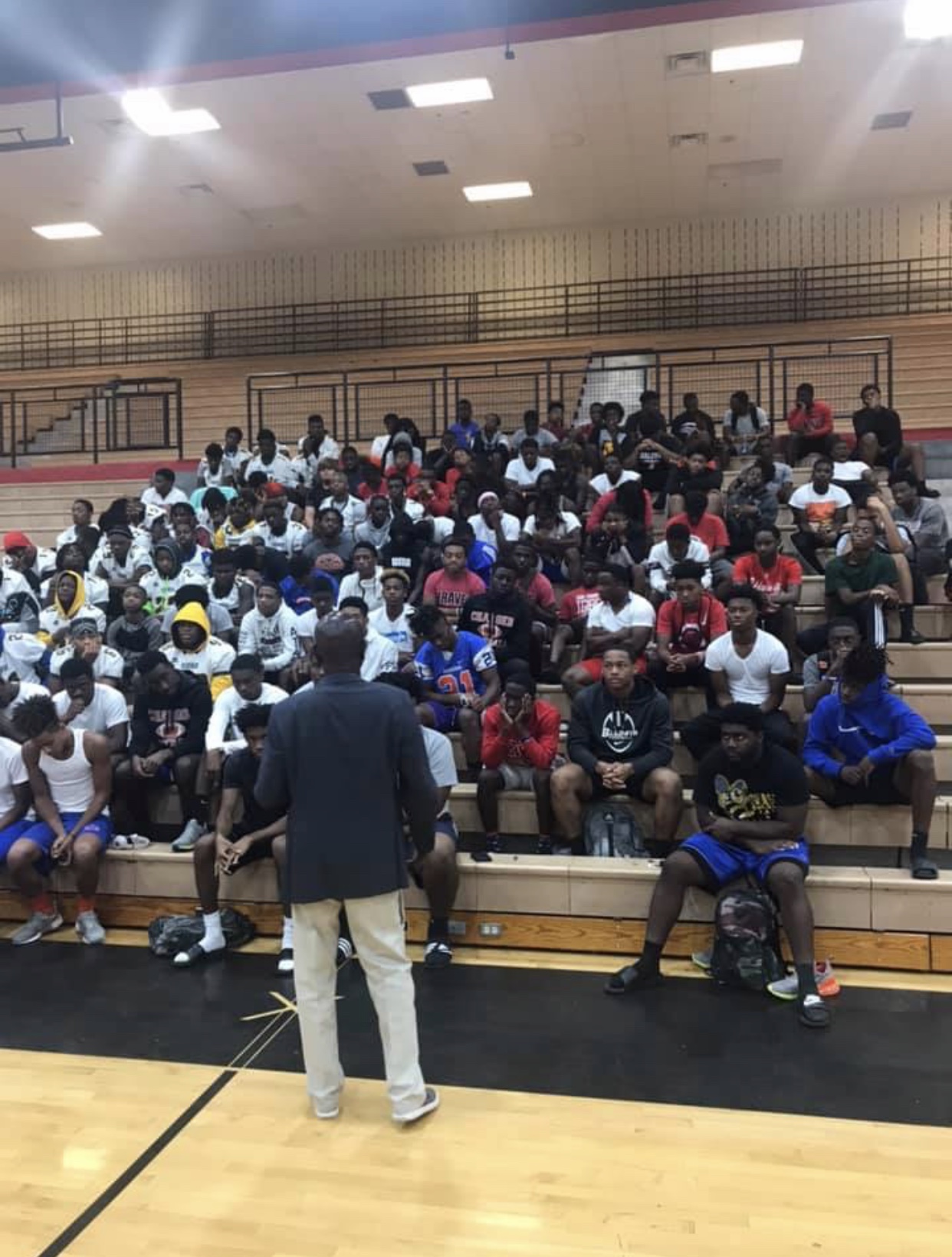 Charles McGhee, CEO of the Vic-Ki Foundation, speaking to the young men about conflict resolution and ending violence.

But it wasn’t your typical tournament. There was another component: one that aimed to change the lives of the young players.

Before the actual competition, players from Central High, Monroe and Baldwin met in the school’s gymnasium – not for a physical workout, but for a spiritual and uplifting one.

Guest speaker Charles McGhee, who’s the CEO of the Vic-Ki Foundation, spoke to the young men about conflict resolution, as well as ways to end violence – a problem that plagues the Black community. Also, coach Hicks poured into the players as well.

After the program came the physical workout. The players and coaches headed over to Braves Field where the real fun began. The teams prepared to compete. They warmed up, went into their drills and then took part in scrimmages.

For more information on the Vic-Ki Foundation, head over to the website, which is vickifoundation.org.