UPDATE: The suspect arrested in this incident is Dan McNeeley, who is facing charges including theft, fleeing an officer, traffic offenses, battery, cruelty to children, DUI, and more. 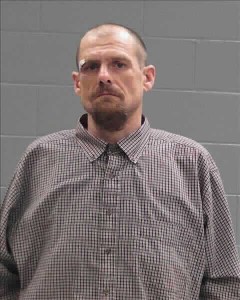 MILLEDGEVILLE, Georgia (41NBC/WMGT) — A Baldwin County Deputy was involved in a car wreck while attempting to pull over a a suspect for a traffic stop in response to a 911 call on Sunday night.

According to a report of investigative findings from the Georgia State Patrol, a deputy from the Baldwin County Sheriff’s Office was responding to a 911 call at 8:30 p.m. on January 16th when the suspect involved passed the deputy, driving a Lincoln MKZ in the opposite direction. The deputy attempted to conduct a traffic stop but the suspect didn’t pull over, resulting in a pursuit.

The deputy lost control of his patrol car and crashed in the 1900 block of Irwinton Road, he was taken to Navicent Medical Center in Macon for his injuries. The suspect also crashed near Allen Memorial Drive and was later taken into custody.