According to the Bibb County Sheriff’s Office, 33 year-old Tiffany Sayers of Atlanta was driving a Nissan Frontier with her 6 year-old daughter present in the vehicle on Monroe  Street. Sayers failed to stop at a stop sign at Georgia Avenue, where her vehicle collided with a GMC Sierra, driven by 61 year-old Jimmie Long of Lizella– who was ejected from the vehicle when it was flipped over.

Long was taken  to Atrium Health Medical Center where hospital staff pronounced him deceased. Nobody else was injured during the incident.

Sayers was taken into custody and charged with a DUI, Child endangerment by driving under the influence, Failure to stop at a stop sign, hit and run, and vehicular homicide.  She is being held without bond.

Anyone with information about this incident is urged to call the Bibb County Sheriff’s Office at 478-751-7500. 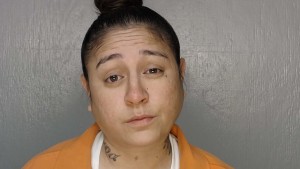