A man wanted in connection to an armed robbery at a Macon gas station Sunday is now in custody.

UPDATE (8/31) – A man wanted in connection to an armed robbery at a Macon gas station Sunday is now in custody.

A Bibb County Sheriff’s Office news release says deputies got a tip Monday that 46-year-old Jonathan Paul Wilson was at L&W Sports Bar. Deputies, along with the U.S. Marshal’s Office Southeast Regional Fugitive Task Force took Wilson into custody for questioning. He was then taken to the Bibb County Jail and charged with armed robbery.

He’s being held without bond. 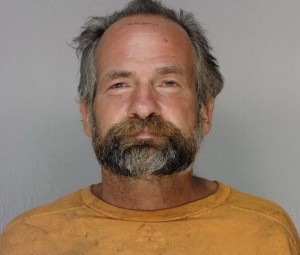 MACON, Georgia (41NBC/WMGT) – The Bibb County Sheriff’s Office is investigating a report of an armed robbery that took place Sunday night just after 10:30 p.m. at the Flash Foods located at 4314 Pio Nono Avenue.

It was reported that a white male subject entered the store demanding money. He was brandishing a large knife. After getting an undisclosed amount of money the suspect then fled on foot out of the store. No one was injured during the incident.

The suspect was wearing jeans with no shirt.

Anyone with information is urged to call the Bibb County Sheriff’s Office at 478-751-7500, or call the Macon Regional Crimestoppers at 1-877-68CRIME.