Man wanted for running from stolen truck in Monroe County

Authorities took him into custody with no incident. Deputies took Hall to the Monroe County Jail as he awaits charges. 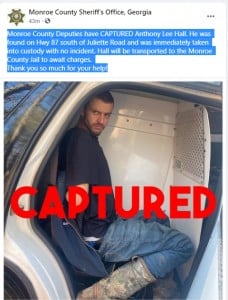