Alright football fans, this edition of CC’s Climate Corner is for you.

The big game is on Sunday and this will be a good time to chat about football season and our climate. If you have been to any NFL games or even high school games in the past few years, you have probably noticed not just an increase in talent on the field, but also in the temperatures at these games.
According to Climate Central, all 30 cities with NFL teams have seen warming over the last 50 years, due to climate change.  The average warming seen during football season (the months of September through December) is 2.3 degrees.
With the Raiders move to Las Vegas they will see the largest warming with an increase of 5 degrees since 1970. Of the “big game” opponents, San Francisco’s warming trend of 3 degrees over 50 years is more than double Kansas City’s warming which is at 1.3 degrees.
In Atlanta, although the Falcons play in a dome our warming is around 2.9 degrees, and most recently we have see some pretty incredible rates of warming.
These numbers translate to a few things in Middle Georgia,  take this picture for example. 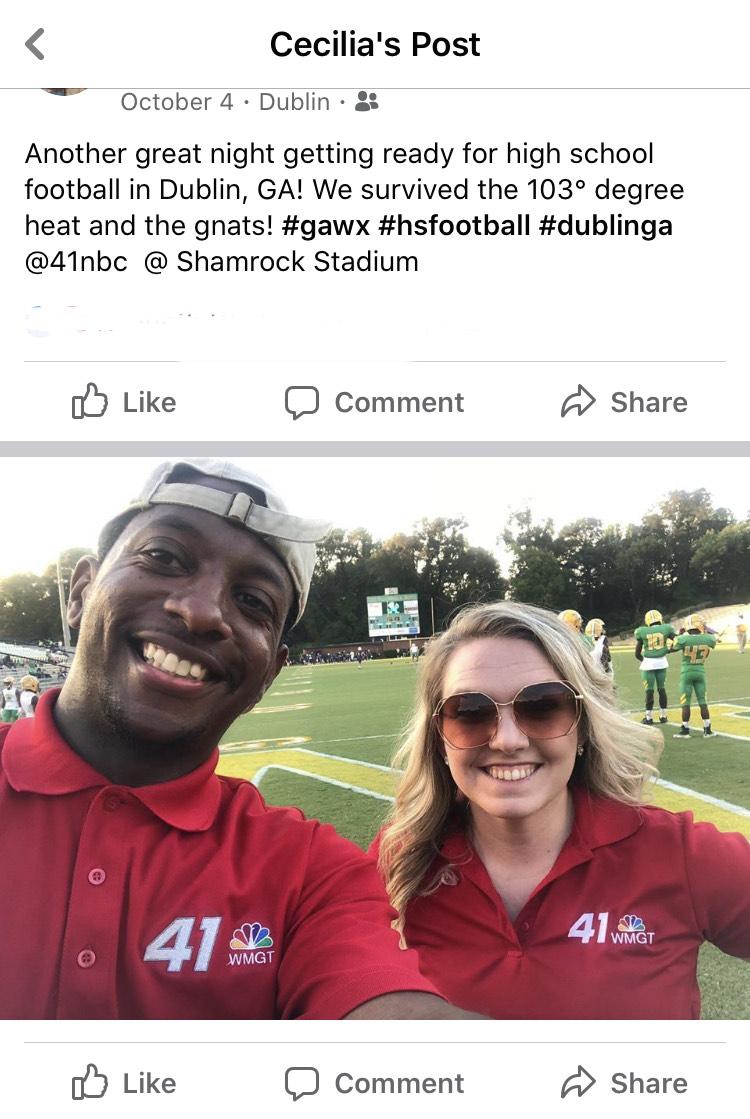 This was from Dublin high school when Montezz and I were hosting our End Zone preview show. The caption says that we survived the one hundred three degree heat…on October 4th! Although it did cool down into the upper 90’s by game time that night, it could have still been dangerous heat for the athletes and spectators.
The GHSA has a pretty strict policy on practicing in heat and humidity, but as the climate warms it might be necessary to tweak some of the current practices.
And if you took nothing from all this, just remember kids, when your parent or grandparent says something about how “back in their day they didn’t get any water breaks” or “were only given salt tabs on the football field”, just remind them that on average it’s about 3 degrees warmer for you than it was for them.
Categories: Georgia News, Weather, WMGT
Tags: climate, climate change, football, Super Bowl, warming