Man arrested for robbing two stores in Macon at gunpoint 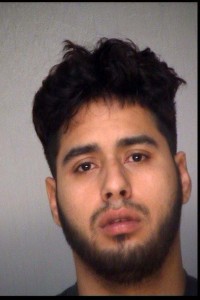 According to the Bibb County Sheriff’s Office, 24 year old Danny Galvez was arrested at midnight on Sunday. Deputies say he robbed both the CVS at 1390 Pio Nono Avenue and the Dollar General at 888 Pierce Avenue on Saturday.

Galvez was taken to the Bibb County jail and has been charged with two counts of armed robbery. He is being held without bond at this time.