MACON, Georgia. (41NBC/WMGT) – After a nice break from the humidity last week, more moisture will be flowing over Middle Georgia as a tropical low tries to form off the east coast of the United States. 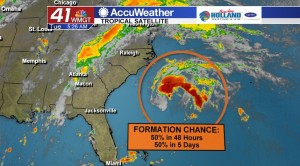 The National Hurricane Center is giving this system a 50% chance of cyclone formation in two to five days. While it won’t impact Middle Georgia directly, it will pump in moisture from the Atlantic over the Deep South.

With more moisture in the atmosphere, there will be higher humidity, more clouds and a better chance for pop-up showers and storms mainly during the afternoon hours. 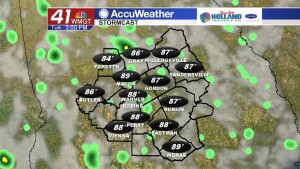 An approaching cold front from the northwest will push into the southeast during the middle of the week, but it drop temperatures in Middle Georgia. What it will do is increase rain chances, bringing scattered showers and storms Wednesday through Friday. 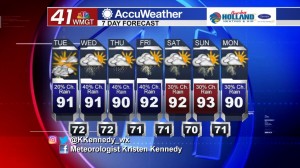