Wanted man arrested in Ohio for string of robberies in Macon

MACON, Georgia (41NBC/WMGT) –  Bibb County deputies have arrested the second suspect wanted for a crime spree that happened on the Fourth of July.

Haywood was found in Fairborn, Ohio. He was arrested and charged with falsification and drug paraphernalia during a traffic stop. Haywood was then transferred and booked into the Bibb County LEC. He is charged with three counts of armed robbery, and two counts of aggravated assault.

30-year-old Chelsey Evans was arrested and charged a week after the crimes occurred.  She is charged with armed robbery, aggravated assault, and probation violation. 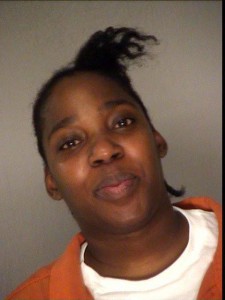 Both Evans and Haywood are being held without bond.