MACON, Georgia (41NBC/WMGT) — A man set to begin trial this week in Macon pled guilty to Aggravated Assault and Kidnapping concerning an attack on his wife that happened in June of 2020.

Macon’s Judicial Circuit District Attorney, Anita Howard, posted on social media about the guilty plea. The attack happened on June 15th of 2020, when Dontize Hughes broke out the window of his wife’s car and began beating her when she arrived home. He dragged her from the car into the house where he attempted to strangle her and continued to beat her. The victim was able to escape the home and seek help, which led to her being treated for several injuries at the hospital.

Hughes was sentenced to 30 years for these crimes after he plead guilty– 20 of those years are to be served in prison.

DA Howard is quoted as saying this about the situation:

“Most domestic violence occurs in the home and is not directly seen by others. My Office is committed to opening the doors and putting an end to this insidious and dangerous crime, which has such a detrimental effect on the families of our communities.”

The post ends by thanking the Bibb County Sheriff’s Office for helping in the prosecution and bringing justice to the victim and her family. 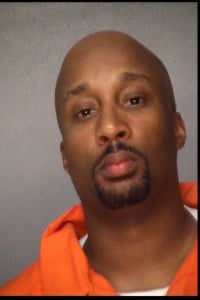