According to Forsyth Police, officers responded to a panic alarm at Robins Financial Credit Union at 76 E Johnston Street around 4:30 p.m.

Once on scene, officers say they discovered Michael Loftis had entered the bank and approached the teller counter. Officers say Loftis placed his hand in to his jacket pocket, pointed it at the teller and told her to give him the money.

Officers arrested Loftis. He is charged with robbery by intimidation.

No employees and customers were injured. 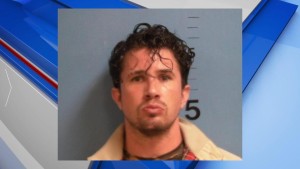