MACON, Georgia (41NBC/WMGT) — A 22 year-old has been arrested in connection to guns and drugs being found in the 700 block of Tidewater Circle.

According to the Bibb County Sheriff’s Office, Investigators and members of the U.S. Marshals Southeast Regional Task Force were executing a search warrant when they found a Taurus .38 revolver, 14 pounds of marijuana, materials for packaging the marijuana, and about $28,000. It was after finding these things that deputies arrested Jaquez Devontae Durham.

Anyone with information about this case is urged to call the Bibb County Sheriff’s Office at (478) 751-7500, or the Macon Regional Crimestoppers at 1-877-68CRIME. 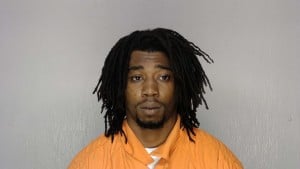