MACON, Georgia (41NBC/WMGT) — An arrest has been made in connection to the early April bank robbery that took place at Mid-South Community Federal Credit Union.

According to the Bibb County Sheriff’s Office, Investigators and members of the U.S. Marshalls and FBI worked to arrest 55 year-old Felix Cordes of Macon after finding that he was connected to the bank robbery on April 5th. The robbery involved a suspect coming into the Mid-South Community Federal Credit Union on Lasseter Place around 10:37 in the morning, and brandishing a weapon demanding money. After receiving the money from the cash registers, he fled on foot into an unknown direction.

Felix Cordes is currently being held at the Bibb County Law Enforcement Center without bond, and is charged with Armed Robbery, 5 counts of aggravated assault, and a separate charge of parole violation. 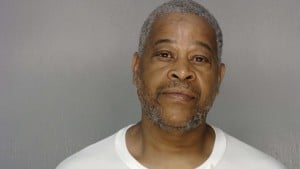