MACON, Georgia (41NBC/WMGT) – Piedmont Macon and Piedmont Macon North are celebrating one year under the Piedmont banner. Both Macon hospitals became part of Piedmont on August 1, 2021, as a result of an agreement with HCA Healthcare.

“As a Georgia-based provider, Piedmont has an excellent reputation in the communities we serve around access to care and taking care of our employees,” said Stephen Daugherty, chief executive officer of both Piedmont hospitals in Macon. ““By joining the Piedmont network, we have benefitted from new investments, being a part of the largest network of physicians and providers in the state, and a focus on community involvement and stewardship.”

According to a Piedmont news release, the hospitals have seen millions of dollars invested in the past 12 months. This includes the June launch of a new medical records system. Medical records system Epic links mid-state patients’ records to the entire Piedmont network used in all Piedmont facilities. Patients have a single medical chart that shows test results, reports and medical history in real time. Medical teams at any Piedmont location and more than 250 healthcare organizations across the country have access to the chart.

Over the past 12 months, Piedmont says it has provided $8.4 million for capital improvement projects to replace or modernize various healthcare equipment. This includes:

Piedmont says it is also working to expanding access to its services. This includes increasing the number of Piedmont primary care physicians. A new urgent care center opened on Ingleside Avenue in February, and two others currently are in the works.

Piedmont’s Macon hospitals have a total of more than 1,200 employees. During the past year the hospitals logged more than 80,600 emergency department visits and cared for more than 14,750 inpatients and nearly 35,500 outpatients. The total number of surgeries from the two hospitals topped 6,700 over the past 12 months. 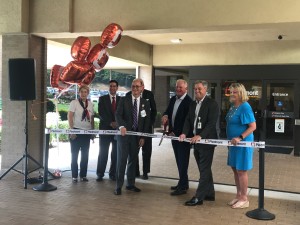