MACON, Georgia (41NBC/WMGT) — An arrest has been made in connection to the murder of 40-year-old Lester Summers, who was killed September 10th.

According to the Bibb County Sheriff’s Office, investigation led deputies to serve a warrant for the charge of murder to 37-year-old Turquell Cone on Friday, who was already in custody for drug and gun charges.

When Cone was initially arrested,  on September 13th, it was after Drug Investigators served a search warrant at a residence on Monroe Street where they found a stolen handgun, an altered shotgun, 7 grams of methamphetamines, 1 gram of cocaine,  scales, packaging material, and other drug related objects. 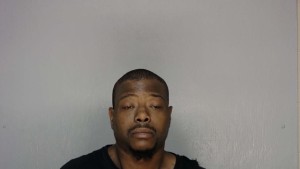