MACON, Georgia (41NBC/WMGT) — An 18-year-old was arrested after the Bibb County Sheriff’s Office was called in reference to a group of males standing in the street with guns.

According to the BCSO, Gang Unit members responded to the call on Wren Avenue around 6:53 p.m. Investigators arrived at the scene and noticed the group jump out of a Chevrolet Suburban and run from the area. One of the suspects, 18-year-old Dontavious Houser, dropped a book bag containing marijuana, a Glock handgun, and an AR style handgun. Houser was taken into custody after a short pursuit on foot.

A second book bag was also found inside of the Suburban, also containing an abundance of marijuana– the total weight coming to 1 pound.

Anyone with information connected to this incident is urged to call the Bibb County Sheriff’s Office at 478-751-7500 or Macon Regional Crime Stoppers at 1-877-68CRIME. 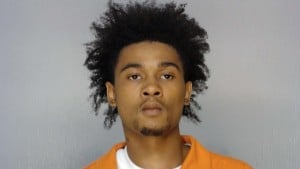 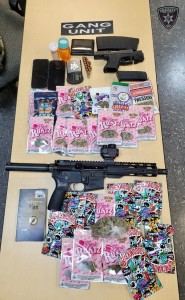